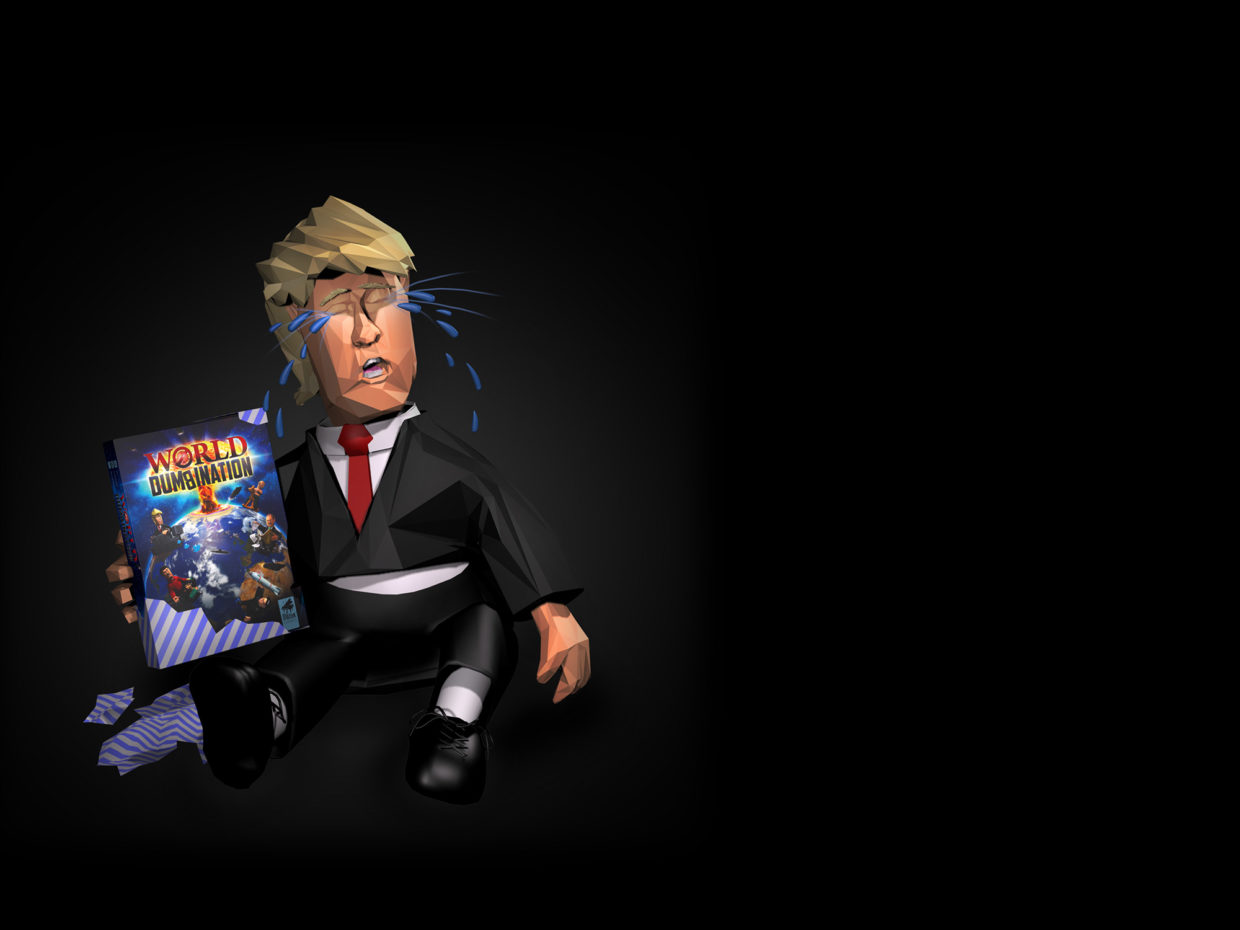 End of the Kickstarter campaign!

There are no plans to relaunch the game in the near future, but we probably can’t stay away from a new launch if Trump gets reelected! The game won’t be the same without USA, so we can hope for the worst 😉 We suspect the game only needs some minor changes in that case. Maduro would probably been gone by then, but the contours of a new crazy leader are appearing in a neighboring country so that could work. So keep following us to see what we will come up with next!